How to Draw Steve (Minecraft) 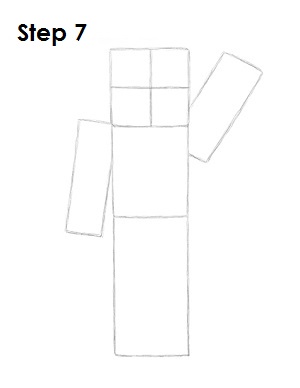 Step 7: That’s it for the initial sketch! You have the basic shape of Steve from the video game Minecraft. Now go in and tighten your drawing. From this point on, press harder with your pencil in order to get darker lines and a more defined sketch. 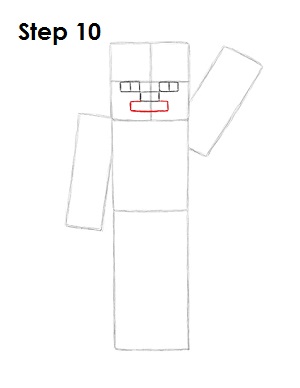